During the Cold War years, the radio as a propaganda tool had a very important role. Popular in the bigger or smaller communities, it was an optimal medium for the Soviet government to send a political message. But, the political propaganda plan wasn’t only limited to the Soviet Union. It included the whole Iron Curtain.

The Need for the New Broadcaster

Radio Moscow was an official radio broadcaster in the Soviet Union. The first foreign language broadcast was in German in 1929. In the following years, the broadcaster started the English and French programs. During the early years of the Cold War, the employees of the German branch of Radio Moscow didn’t think the existing situation was enough to win the propaganda war, so they sent a letter to Nikita Khruschev where they emphasized the need for founding the new broadcaster – Radio Warsaw Pact that will be opposite to Radio Free Europe.

“We ask you to forgive us for contacting you directly, but the question we would like to raise is outside the competence of any specific department. Counterrevolutionary revolt in Hungary has showed the effectiveness of the radio station Free Europe, especially in launching propagandist air balloons and an underground network of informants and provocateurs.”

The members of the German broadcaster carefully analyzed the situation, indirectly acknowledging the effectiveness of Radio Free Europe.

“The effectiveness of Free Europe, in our opinion, can be explained by—besides socio-economic reasons—the following factors:

1. The scale of propagandist activity.

2. Formal independence from any kind of state power.

3. Wide involvement of political émigrés and refugees from European countries of People’s Democracy.”

Therefore, the facts mentioned raise the following question – What type of content was in demand? On the East and on the West. The Soviet propagandists firstly mention the scale of propagandist activity. Western propaganda employed many more people who helped them create more and stronger content.

“It should be noted that the scale of our radio propaganda abroad is nothing in comparison with that of the West. Americans, for instance, in order to spread propaganda in just one country, relay several programs of the Voice of America and maintain a special radio station called RIAS in Western Berlin, which has up to 1,000 employees, consisting primarily of native Germans. To appreciate these numbers, consider that the German broadcasting team based at Moscow radio has only 30 people, none of whom has come from Germany within the last 20 years.”

Another thing is formal independence. According to these propagandists, content that is created in a formally independent environment could yield a greater success as  was the case with Radio Free Europe.

“The formal independence of Free Europe from any kind of state power provides it with unlimited discretion, and gives it the air of being objective and impartial. Our radio is at a disadvantage in this respect as well.”

The most important content in this propaganda war was the one related to dissidents, émigrés, and those who had the same worldviews (Communists in other countries). The plan was to broadcast content, especially with the help of Greek, Arabic, Spanish and Iranian Communists. Using strong “inflammatory” propaganda, they would spread the Soviet message through diverse radio stations.

“Counter-revolutionary émigrés from socialist countries have many opportunities for delivering inflammatory propaganda to those countries through [Radio] Free Europe, [Radio] Liberation, and other propaganda institutions. Our friends in the underground and emigration, for example, Greek, Arabic, Spanish and Iranian Communists, do not have such opportunities. In contrast to Free Europe or liberation, Moscow radio, being a state-run radio station, does not meddle in the internal affairs of other countries in conducting its propaganda. This deprives us of many opportunities to influence the formation of public opinion in those countries.”

Therefore, these things marked the early Cold War propaganda. The West had the strategy. The East needed it and the best solution seemed to adopt the one of the enemy. Emotional language by those who “shared the same ideas” created in the state-independent environment, and large in quantity seemed like a winning strategy in this psychological war. 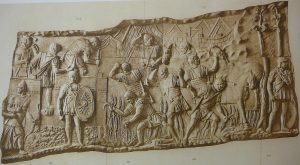 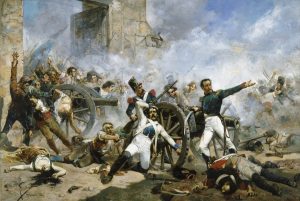 Next post Conquer and Divide: The Spanish Resistance that Broke Napoleon’s Second Strategy