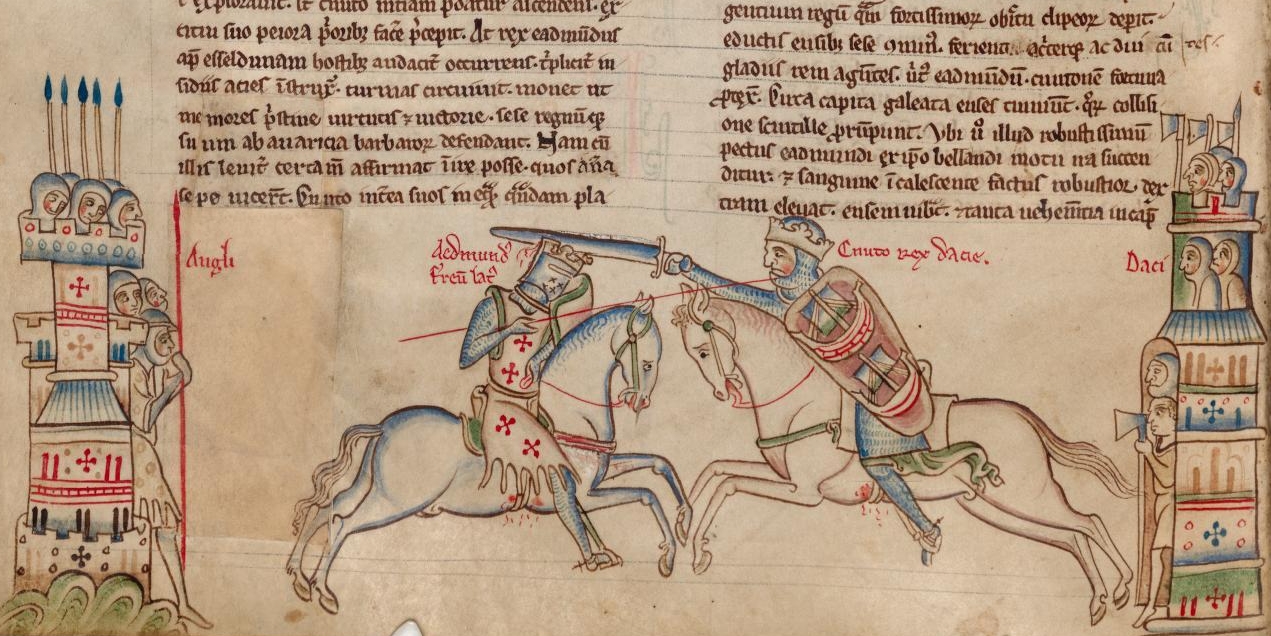 When King Sweyn Forkbeard suddenly died in early 1014 after becoming the first Danish King of England and first ruler of the North Sea Empire, his son Cnut (994-1035) had to overcome the forces working to dismantle what his father achieved through victory in battle and alliance with the Jomsvikings – a military order based on the southern shore of the Baltic Sea. The task would not be easy. King Ethelred the Unready, who was ousted from power in England during the Danish invasion, reappeared from exile after Sweyn’s passing to reclaim the throne. In Norway, Olaf II Haraldsson – later known as St. Olaf – managed to wrestle Norway from Danish control after news spread of Sweyn’s demise. Since Cnut had helped his father invade England – and his older brother Harald II inherited the crown of Denmark – Cnut’s best option was to retake England from Ethelred (and his son Edmund Ironside) and begin reconstituting the North Sea Empire.[1]

Assisting Cnut and the Jomsvikings in their effort was Eric Hakonsson, the Earl of Lade – the region around Trondheim, Norway. According to the Heimskringla – the thirteenth-century Old Norse history of Norway’s kings written in Iceland – When Eric returned from a five-year exile of raiding lands in the eastern Baltic and Russia, he was granted the right to wed Cnut’s sister: “When Eirik had been a year in Sweden he went over to Denmark [996] to King Svein the Forked-bearded, the Danish king, and courted his daughter Gyda. The proposal was accepted, and Earl Eirik married Gyda…” In addition to this dynastic marriage, Eric accompanied Sweyn in the year 1000 when they defeated Norway’s King Olaf Tryggvason in the Baltic Battle of Svolder – where Eric claimed the dead king’s fabled ship the “Long Serpent.”

Thus, when a twenty-year-old Cnut set off in 1014 with an army of 10,000-men to reclaim the English crown, Eric – who was in his early fifties – served as the prefect ally and advisor to the would-be king during an extended campaign that culminated with a siege of London:

When Earl Eirik had ruled over Norway for twelve years, there came a message to him from his brother-in-law King Canute, the Danish king, that he should go with him on an expedition westward to England; for Eirik was very celebrated for his campaigns, as he had gained the victory in the two hardest engagements which had ever been fought in the north countries. The one was that in which the Earls Hakon and Eirik fought with the Jomsborg vikings; the other that in which Earl Eirik fought with King Olaf Trygveson. […] Eirik met King Canute in England, and was with him when he took the castle of London. […] King Canute… had many battles with Ethelred’s sons, in which the victory was sometimes on one side, sometimes on the other. […] King Canute then made an agreement with King Edmund [after Ethelred died], that each of them should have a half of England. In the same month Henry Strion murdered King Edmund. King Canute then drove all Ethelred’s sons out of England.[2]

Two years after becoming the king of England Cnut’s older brother suddenly passed away – leaving the Danish throne in his hands, and thus from his court in Winchester began laying the foundations for seizing Norway. According to the historian Sidney Dean, Cnut did this by “systematically” ensuring the integrity of his domains southeast of Denmark. “In 1022-1023, he campaigned against the Slavic tribes east of Denmark and made them vassals, and in 1025, he forged an alliance with the German king, Conrad II.” When Norway’s King Olaf “predictably rejected” Cnut’s offer to become a vassal under his rule, the two kings went to war. In 1026 Cnut set sail from England with a massive force that included “Danish housecarls, Norwegian defectors, and English soldiers, as well as mercenaries from other lands…” When Cnut combined his ships with those of his allies in Denmark and the Baltic Sea, the fleet comprised more than six hundred ships. The two armies met on Swedish territory at the Battle of Helgea, which Cnut won after some cunning resistance from Olaf and his Swedish allies. Although Olaf survived the encounter, in the subsequent years Cnut slowly peeled away Olaf’s Norwegian support until he saw his opportunity. In 1028 the king of the Danes and English sailed to Nidaros (Trondheim), the capital of Norway, with a massive fleet and “called a Thing for the eight districts of the central region known as the Throndelaw, which traditionally determined who would rule the nation. It duly elected Cnut King of all Norway.”[3] With his father’s North Sea Empire reconstituted, Cnut became the most powerful man in northwestern Europe, ruling the three kingdoms until his death in 1035. 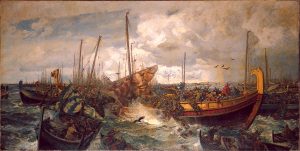 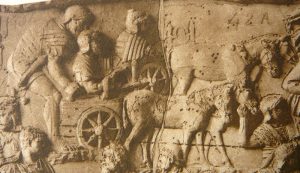 Next post When the Ballista Changed Sieges: Ancient Origins of the Missile Weapon