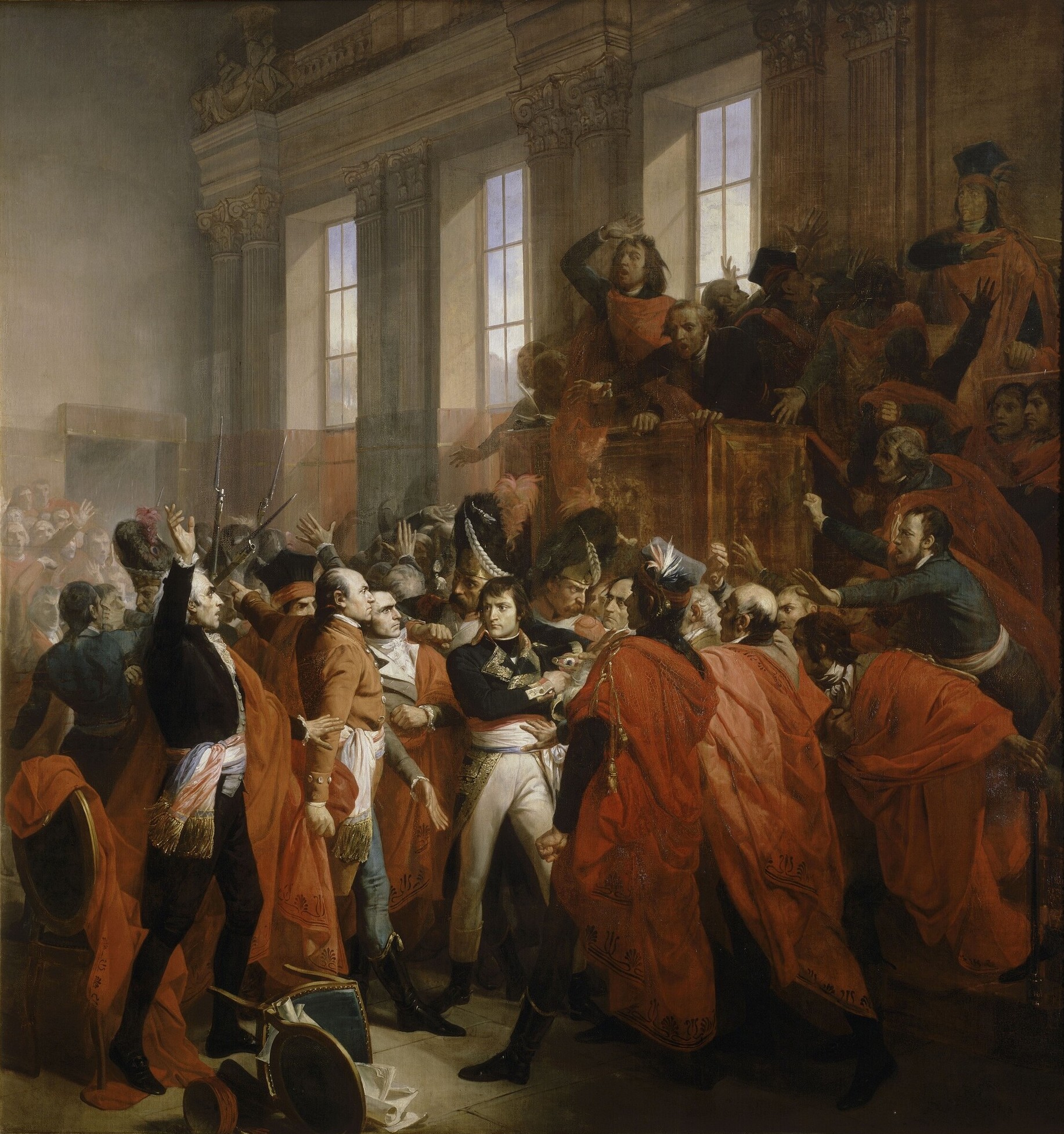 Napoleon Bonaparte in the coup d’état of 18 Brumaire in Saint-Cloud (François Bouchot, 1840)

Historians often discuss Napoleon’s military genius but without the unlimited power to conscript soldiers – a power given to him through political allies in the Senate and other key collaborators – the First French Empire would never have been erected. Following the bloodless Coup of 18 Brumaire (November 9, 1799) and the overthrow of the Directory, General Napoleon consolidated his grip on France through a series of political maneuvers neutering checks and balances upon his authority. With the backing of the military, the new leadership stressed the need for stability against the excesses of violent revolution and claimed the coup d’etat as a necessary bulwark. While it is generally agreed the coup was supported by a citizenry wary of revolution, Napoleon’s savvy machinations put him in the right place at the right time. In his 2001 work, Napoleon and His Collaborators, historian Issen Woloch explains that “Ordinary French citizens, not to mention members of the new political elite, must have craved on some level to celebrate an individual who embodied their highest values and personified their republic’s achievements.” There were other potential candidates, but “Napoleon seemed to be the only veritable hero of the republic, civilian or military.”[1]

Coup within a coup

The stability the military coup provided was a double-edge sword. Napoleon used the opening to begin seizing the reins of government and political power from the legislative branch. “In hindsight, nothing should have been more urgent for the brumarians than the need to limit executive power.” Unfortunately, for supporters of the French constitution and proponents of a limited executive akin to the American system, this was not done. Once Napoleon suppressed the remaining Jacobins, many initial coup plotters were slowly squeezed from power or marginalized by the First Consul. In essence, the result was a coup within a coup.[2]

Arguably the most important phase in consolidating his rule was coopting and controlling the Senate. In Napoleon’s own words, he “instinctively saw that the Senate would do what he wished more readily than other constituted bodies, and he determined to augment its rights and prerogatives even at the expense of the rights of the Legislative Body.”[3] This power is best understood in contrast to the U.S. Senate, where constitutionally expressed powers made that institution quite powerful in its nascent era. Therefore, for Napoleon, controlling the quasi-democratic body lent legitimacy to his polices – making him appear less dictatorial during a crucial period in his rise to absolute rule.

The Senate was the perfect political vehicle for that objective. Originally formulated to check executive power, Woloch notes it “was not calculated to foster independence or moral courage, especially with its exceptionally vague mandate.” Constitutionally this was a major difference between the American and French systems. Napoleon recognized this aspect in its structure and used it to his advantage. “Later, Bonaparte would realize that the Senate’s nebulous role as conservator of the constitution could be harnessed not to block his moves but on the contrary to sanction or even initiate the changes he desired in the constitution to enhance his power.” In short, the Senate became a tool for consolidating power and he coopted it by granting influential members of that body the spoils of land and wealth.[4]

In the new state of affairs, the emperor kept the political apparatus in France “under an oppressive police surveillance.”[5] The policy of police suppression – an inheritance from the revolutionary period, was later extended into conquered territories and most aggressively in Spain. With a security state erected, a critical factor on the road to larger war was Napoleon’s ability to call up troops, and he conscripted hundreds of thousands of soldiers to deter foreign aggressors in the theory a show of strength was a means of defense. Again, he did this by using the Senate, which gave these moves a sense of legislative legitimacy while at the same time thrusting ownership of the wars upon that body:

Conscription became the main area in which the Senate routinely used the “ordinary” senatus-consulte. Since sessions of the Legislative Corps were few and far between, Napoleon shifted authorization of troop levies to the Senate in 1803, thereby increasing its complicity with his international expansion in a fundamental if roundabout way. As hope for lasting peace imposed by France waxed and waned, conscription calls grew increasingly onerous. Yet never until the end of 1813 did the Senate raise the slightest objection to ever larger and more frequent levies.[6]

By the time Napoleon’s army occupied Madrid in the spring of 1808, the First French Empire had been at war for years with much of Europe. He had already conquered several nations and kingdoms and was busy consolidating his empire militarily and politically. In 1980, Peninsular War (1808-1814) scholar Don W. Alexander noted the draft system, known as the levée en masse, gave him “a tremendous advantage in maintaining this army’s strength…”[7] Ironically, the power to call up troops at will was difficult not to use, which altered the emperor’s perception of his strategic abilities and ultimately contributed to his stubborn belief that every situation had a military solution. For that reason, nearly 200,000 French soldiers had already met their fate in Iberia before Napoleon launched his fated campaign against Russia. in se magna ruunt

Previous post Escape from Perote: The “Hellhole” where Texans were Imprisoned 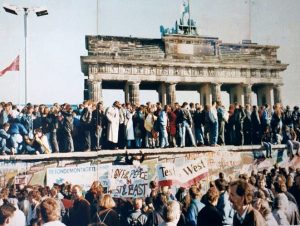 Next post Fall of the Berlin Wall: The Night When the Autumn of Nations Got Heated – Editor’s Comment